Last week I visited the largest youth soccer tournament in the world; Gothia Cup in Gothenburg, Sweden. This year a total of 1686 teams from 75 countries took part in the games and played more than 4000 matches. The participants are between 11 and 18 years old. My son played in the class ”Boys 15” and my mission was to make a video of the week. I am not an experienced video-shooter, so this was a challenge for me… 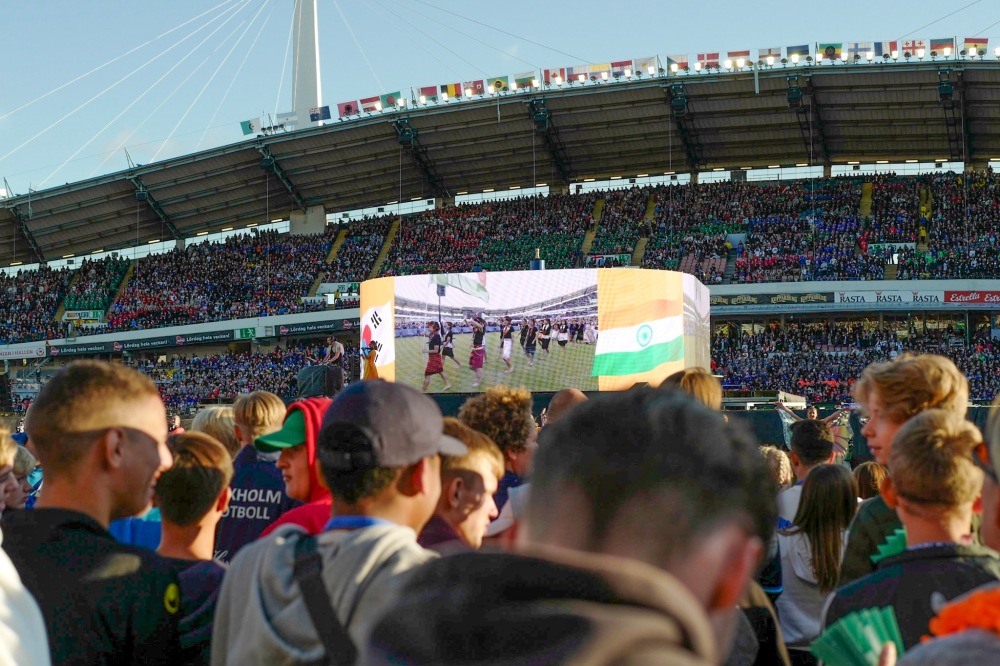 I used my Fuji X-T2 as my main camera – mostly fitted with the 55-200 zoom and a Røde microphone. To stabilize the shots even more (the 55-200 has OIS) I used a monopod. For wide angel shots (both video and stills) and backup, I used my Leica Q. To save memory and battery I did not shoot in 4K – instead I went for Full HD (only the X-T2 can do 4K – the Leica Q can not…). It will be good enough.

Gothia Cup is totally taking over central Gothenburg. Wherever you go there are matches played or lots of kids eating – or just enjoying the nice city. To make things easier, the participants can ride for free with buses and trams the whole week. Surprisingly I did not see that many parents taking photos of their kids playing soccer. At least not with anything else than their phones. Better than nothing? Well perhaps – but I wonder. Will get back to that in a coming post.

The X-T2 is a very good camera for video – that is well known. What I didn’t expect was good video from the Leica Q – but the Q was not bad at all. Now – I am a beginner in this area, so I may regret what I say…but I think the files from the Q was very good. The focus chased a little from time to time, but over all a good wide angle backup for the X-T2/55-200.

I did shoot some stills as well with my X-T2. Another team from our town asked me to take some pictures at their matches, wich I did. Now I just have to choose and edit the pictures…

This site uses Akismet to reduce spam. Learn how your comment data is processed.